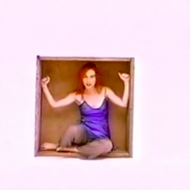 Just about anybody can recognise a music video when they see one. Most people have an idea of what the main ingredients are that go to make them up, shots of the band, etc., and the basic rules for putting them together. Almost no one has any clue as to what makes a music video good as opposed to bad, or the reasons why they like the ones they do, or what makes a video successful in terms of its objectives. Very few people have any awareness of even the existence of objectives in a music video let alone of what they might be. Perhaps most curious is the fact that even fewer people seem to care, even amongst those who pay for them to be made[^1].

Music video is a genre that continually subverts attempts to regulate and define its structure. It is unique and paradoxical in the way it combines an inherently conservative commercial purpose with a drive towards newness and interest that pushes it out beyond conservative boundaries. Music videos package anarchy, experiment and subversion into a controlled and manipulable, commercially valuable object in a spirit similar to Malcolm McLaren's management of the Sex Pistol phenomenon. And yet the reins of control are held, in New Zealand at least, in surprisingly loose hands. It is an art-form that is continually being declared at an artistic dead end[^2], statistically unpopular with broadcast television (that cans one music show after another), and financially unpopular with its makers, and yet it continues to thrive.

Even on a linguistic level the music video is a slippery, somewhat paradoxical beast. The most popular terms for the objects in question are generally composed out of music / pop / rock and clip / video / promo; none of which are sufficiently broad to cover the entire genre. Music videos (the term used most frequently in NZ) appear on both film and video, accompany almost every style of music from concerto to disco, and although their manufacture is primarily motivated and funded out of a desire for promotional material, in a significant number of cases they are made by people with no commercial intensions whatsoever[^3].

‘Music video’, in the broadest sense of the term can be used to describe almost any facet of human existence that is visually perceptible and accompanied by sound that could be construed as being part of the equally vague definition of music. Obviously some lines have to be drawn. Even if these boundaries are not strictly adhered to in the body of the text (for reasons previously discussed) it is nonetheless acknowledgeably useful for the reader to have some kind of initial idea of the kinds of territory I will and will not be covering.

The music videos I am looking at are generally created to accompany pre-existing pieces of recorded music. The music is usually a ‘single’ release, which is to say it has been released as the main track (of 2 or 3), or only track. If it is a track also featured on an album release it can be assumed that the single has been released as a promotional device to boost sales of the album.

Videos accompany pop, or at least ‘youth’ music almost exclusively. There are classical and jazz ‘videos’ as well as many videos of opera but it unusual for them to conform to the ‘single’ format mentioned above and they are rarely any more involved than a straight record of a live performance. They are generally screened in a different time-slot to ‘standard’, ‘pop’ videos on broadcast television[^4], and at different venues, mostly classical / specialist music stores, outside of television. These videos have their own story, which will not be covered here, except at the points where it makes connections with the music video industry.[^5]

One of the most fundamental aspects of music video is that the focus is intended to be on the music. The genre consequently excludes music-video combinations such as audio-visual slide presentations, documentaries, film soundtracks[^6], and ads. In these genres or formats the emphasis is on the visuals, with the sound in support.

The videos are only seen in pre-recorded form, not as spontaneous or free form ‘live’ footage collage, or the direct ‘live to air’ screening of musical events (Live Aid for example). They do include videos of live footage that have been recorded, manipulated, and subsequently released for broadcast or sell-through format, such as the Godley and Creme treatment of The Police, live in concert, on their Synchronicity tour, or the Johnathan Demme film of a Talking Heads concert, “Stop Making Sense”.

For the most part, they are created for commercial reasons, to sell the music or the artist. Even if the director does not have this thought uppermost, it is unusual for the person or company that is paying for its production not to. In New Zealand where the broadcasting fee funded organisation, NZ on Air, has paid for the majority of recent videos made here, it might be seen as a funding system based on a principle of a purely cultural return. This illusion is discussed more fully in the chapter on funding. Excepting those videos made out of a purely artistic exploration of the form or a more general love of the genre, almost all videos are intended to in some way draw (purchasing consumer) attention to the music they accompany.

The videos are generally also in single format, which is to say they accompany one musical piece, in single format, not usually longer than four minutes. This allows them to fit conveniently into the 7½ minute program to 2½ minute ads ratio that is usual for commercial television in the same way as the songs do on commercial radio.

Their predominantly commercial nature means they are usually broadcast / narrowcast by a commercial television station, or played in music store promotional displays, in some form of commercial role as a promotion for the music.

A ‘youth’ image has become attached to music video because of its target audience, which is further defined by its sometimes experimental, avant-garde production. This ‘cool’ factor has made music video useful for selling not so much the individual songs but the overall image projected by the songs. It can be used as a selling tool for a certain style of clothing or just a general attitude, and consequently also frequently appears in youth orientated stores (especially clothing stores) and in bars and clubs. The ability of music video to portray a definite image, along with a style of music, makes it useful as an identity tag for stores and venues wishing to target a specific youth sub-culture, such as skate-boarders, the hip-hop crowd, or surfers.

Sell-through video, where the consumer buys the videos themselves, for the videos (as opposed to an extended contact with a particular artist), is still relatively uncommon. Music video is not yet generally perceived as a suitably interesting medium for repeat viewing, and to some extent this is perpetuated by its creators who design them for maximum instant impact and often have no budget for trying to make them still interesting after two focused viewings.

The content of modern music videos is usually structured around one or a combination of four essential elements. These are (a) some form of performance by the band of the music in question, (b) a mini-narrative or story, often linked in some way to the narrative of the song’s lyrics, if only through a common theme, lost love for example, (c) completely abstract visuals made up of either individual abstract segments or of individually meaningful segments put together in an abstract unconnected way (out of which the reader can formulate their own meanings / connections or not), or a combination of both, (d) a visual concept, or theme, without narrative structure but not entirely abstract, and like the narrative, often linked in some way to ideas present in the lyrics.

These four elements are often then combined. Most videos contain (a) for example, although the performance may be framed by (b), a narrative, or form a part of a narrative, or take place in the same space as the narrative, or may take place in a setting that is part of (d), a conceptual theme for the video. The band may dress up in costumes (d), according to the theme, while they play (a).

The Grant Lee Buffalo video for Mocking Bird has for example shots of the band performing, singly and together, in various locations (such as a giant bird cage), and sometimes in costumes (dressed as giant birds). The video has further footage of people dressed in giant bird costumes, performing a variety of everyday human activities. The narrative is not explicit and revolves mainly around the band’s performance, but the band in costumes, linked with the connected footage of ‘events’ creates a sub-narrative dealing with the ‘captive’ nature of day to day existence.

The video may not feature the band playing but will involve them in a narrative or a continuous thematic setting, such as the Tarantino-esque, 70s cop show pastiche of the Beastie Boys “Sabotage”. The whole video revolves around a loose chase scene narrative drawing heavily on shows such as Starsky and Hutch and 1994’s Reservoir Dogs, with the main characters played by the Beastie Boys themselves.

The narrative may be accompanied by (c), abstract footage or near-abstract footage that forms a part of a wider conceptual theme, such as a particular political stance (d). In the video for Public Enemy’s “Shut Em Down” close-ups of the groups front-men, Flavour Flav and Chuck D are intercut with newspaper clippings of key black political events, typewritten messages, shots of money, and collages such as that of Malcolm X’s face placed on the thousand dollar bill. The political message is explicit in the lyrics, the video reinforces as well as backgrounds the message with a more general political feeling.

Videos that are entirely abstract or entirely conceptual are reasonably rare because they are either not exciting enough to gain (commercially useful) attention, or require too much thought to be appreciated in one or two viewings.

These are some of the things that music video is and is not. To find out some more, read on.