texts and contexts, at home and abroad

A thesis submitted in partial fulfilment of the requirements for the degree of Master of Arts in English.

The University of Auckland
1995

This thesis is intended to act as a path into the broader study of the modern music video as a genre.

It investigates other genres of art, literature, and philosophy that have contributed to laying the ground for the coming of music video. The history of artistic movements and technological advances that contributed to the physical and mental environment into which music video could be born.

It examines the clashes and mergers of interest, political, economic and artistic, that have shaped its early life, since its birth as a child of inexperienced parents, rock and roll and television.

Issues that have arisen as a result of Music Video’s arrival are approached; issues of cultural and gender presentation, the politics of technology, and the influence of rap music, among others. To finish up with there is a detailed case study of one particular video, “AFFCO”, that involves both a detailed textual analysis of the work and a discussion of some of the issues arising out of its production.

This work is based heavily on interviews I conducted among a wide variety of people directly involved in the music video industry, from TV programmers, to record company execs, to video-makers, to musicians. This research has been supplemented by a wide range of reading in critical texts, mostly sociological, industry pamphlets, and the popular press. I have, of course, also watched hundreds of music videos, music video shows, and copious amounts of music TV.

Rather than concentrating in depth on specific areas of study, this thesis extracts a series of meaningful interrelations from between the disparate elements that have contributed to the current form of the music video and have arisen as a result of it. These relationships point the way for further investigation and encourage a broader approach to the subject than one limited to one discipline. Music video is a genre that is revealed in this thesis as one better defined by its contexts than its texts.

The following two chapters are attempts to explain, first, why I have arranged this study the way I have, how and why I chose what to cover and what I expect to achieve by choosing this method: a form of methodology. The second is a first step in nailing down the topic of study, or at least limiting some of the possible interpretations of what it might feasibly cover. After that, all hell... > Read more

Any study involves a certain amount of critical decision-making before it can even begin. An approach has to be found that will best represent the subject, or shed some new light on a particular part of it, This approach has to take into account problems with a lack of resources, or access to resources. It may have to not just present a case for the subject, but also defend it against a... > Read more 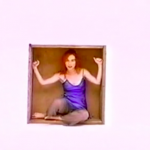 Just about anybody can recognise a music video when they see one. Most people have an idea of what the main ingredients are that go to make them up, shots of the band, etc., and the basic rules for putting them together. Almost no one has any clue as to what makes a music video good as opposed to bad, or the reasons why they like the ones they do, or what makes a video successful in terms of... > Read more

Einstein, Heisenberg, and Newton among others, helped us to understand some of the fundamental properties of the universe and our place in it. Sound and light are based on the one principle of the wave/particle. Nothing happens that does not effect something and eventually everything else, mostly in ways that are completely unpredictable. Observation is an active event. Perception is an... > Read more

Human beings are primarily physical beings for whom touch is the ultimate confirmation of reality. For objects beyond the range or perception of touch, sight is the next most important experiencer; seeing being believing. The role of sound in our hierarchy of perception is much more confused. Because of its inferior spatial focus our sense of hearing is less trustworthy than sight as an animal... > Read more

2.2 MOVIES: moving to the beat

One of the few definite things that can be said about music video, is that it is a screen-based event. Although some critics[^1]  have pointed out critically important separations that need to made between approaches to the genre of film and that of video, there is little denying the existence of strong relationships between the two that bear examination. In the beginning Music's... > Read more

Just as cinema borrowed from the narrative arts to form its own unique story-telling format, it also borrowed from the musical performance arts to create a unique cinematic version of the musical. Part music hall, stage musical, opera, ballet, and filmic narrative, the film musical took the best of all on offer and allowed a new level of integration between music, song, dance, action and... > Read more

As the artists of the twentieth century rejected the elitism and restrictions of the art schools of the previous generations, they sought out the new and the previously ignored. There began the first stirrings of a new art interest in popular culture and a desire to experiment with new media and to engage the ever-increasing technologification of society, as subject and as a method.... > Read more

In E. L. Doctorow’s “Ragtime” the character Tateh cuts out silhouette pictures that he then strings together into flip-books. The reader flips through the hundreds of slowly changing pictures to create the illusion of fluid movement for the human eye. The eye can only register a maximum of twenty-five frames a second, consequently images appearing at a rate equal or faster... > Read more

Capitalism, only daughter of fast fading Imperialism, moves to America during the second world war where she is impregnated by the holy spirit of Money, who was moving among the people disguised as Hollywood. In the fifties she gave birth to terrible twins: one white and filled with the spirit of money that she named Television, the other was black (possibly the result of Hollywood’s... > Read more

When television arrived on the scene as a commercial reality in the fifties, it dramatically altered the way people would entertain themselves ever after. Suddenly there wasn’t any need to go out to the movies on Saturday night, or any night. Entertainment was available right in the home, every night of the week, and even during the day. This could be said to have already been provided by... > Read more

When the rock generation of the fifties started growing up, popular music grew up with them. As the sixties progressed, pop/rock became an increasingly adult obsession. The traditional problems were largely still unsolved in terms of televisions technical capability to reproduce music for an audience that was becoming increasingly critical. The difficulty with rock's anti-authoritarian stance... > Read more

When cable television became a reality in the US in the sixties it created an entirely new approach to both programming and viewing patterns. Cable's ability to broadcast on a small scale to a clearly defined target audience gave rise to the term 'narrowcasting'. Television no longer had to please everyone, only its subscribers. The much reduced running costs of a cable station as opposed to a... > Read more